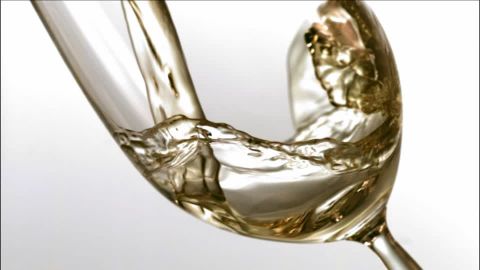 Chardonnay is one of the most popular white wines in the world, and here at the Grape Geeks we often get asked what should be served with a tasty Chard. Here’s a list of our favorite dos and don’ts when it comes to the versatile white wine!

– Pair Chardonnay with subtly flavored, simply seasoned poultry and pork dishes.
– Do complement oaky Chardonnay with foods that have toasty flavors, as from toasted nuts, pastry crust, – grilling or smoking.

– Pair crisp, delicate Chardonnay with simply flavored, simply prepared foods, such as baked fish or poultry with butter and herbs.

– Play to ripe Chardonnay’s impression of sweetness with ingredients such as corn, butternut squash, sweet potatoes and foods that are caramelized from roasting or grilling, like crisp-skinned roast chicken.

– Pair Chardonnay with dishes that have a silky texture, such as risottos and cream-enhanced soups, sauces and pastas

– Pair Chardonnay with aggressively seasoned food. Avoid fresh or dried chilies and super spicy dishes, such as a lot of Indian, Chinese and Southeast Asian fare.

– Pair Chardonnay with bitter foods. Bitter greens and vegetables and spices like turmeric will make the wine taste sour.

– Serve Chardonnay too cold, which dulls its pairing powers. Remove it from the ice bucket or refrigerator 15 to 20 minutes before pouring, and let it warm up to about 48 degrees.