I am a major — MAJOR — movie nerd and lover of all things Wes Anderson. When I read that he had designed a cafe at the Prada museum in Milan, it was a no-brainer that I had to book a plane ticket and jet off to Italy. Mere months after I first learned of Bar Luce, my butt was on a plane across the pond! 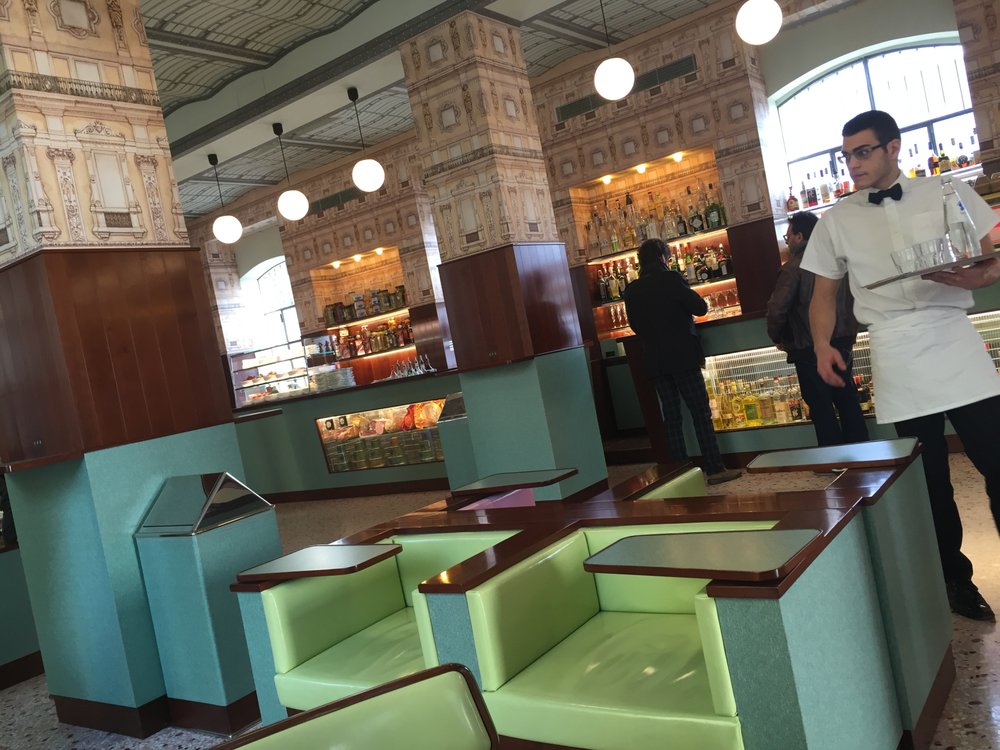 Bar Luce is literally like stepping onto the set of one of his movies. If you’ve never heard of Wes Anderson and you’re heading to this cafe, I advise you to rent a few of his films (“Moonrise Kingdom” and “Fantastic Mr. Fox” are my two faves) and watch them. If you already are a Wes fan, you will be in heaven. My visit here was truly one of the happiest days of my life.

I oohed and aahhed and squealed with glee at every little detail in the joint, from the vintage inspired ice cream cart to the meticulously organized candy display case and liquor bar. The bowtie-clad servers (who were friendly across the board) seemed to really get a kick out of my enthusiasm and the Wes Anderson themed t-shirt that I was wearing. I saw a couple of Japanese girls dressed in Suzy Bishop / Margot Tenenbaum style vintage clothing and they were just as excited as I was, language barrier be damned! 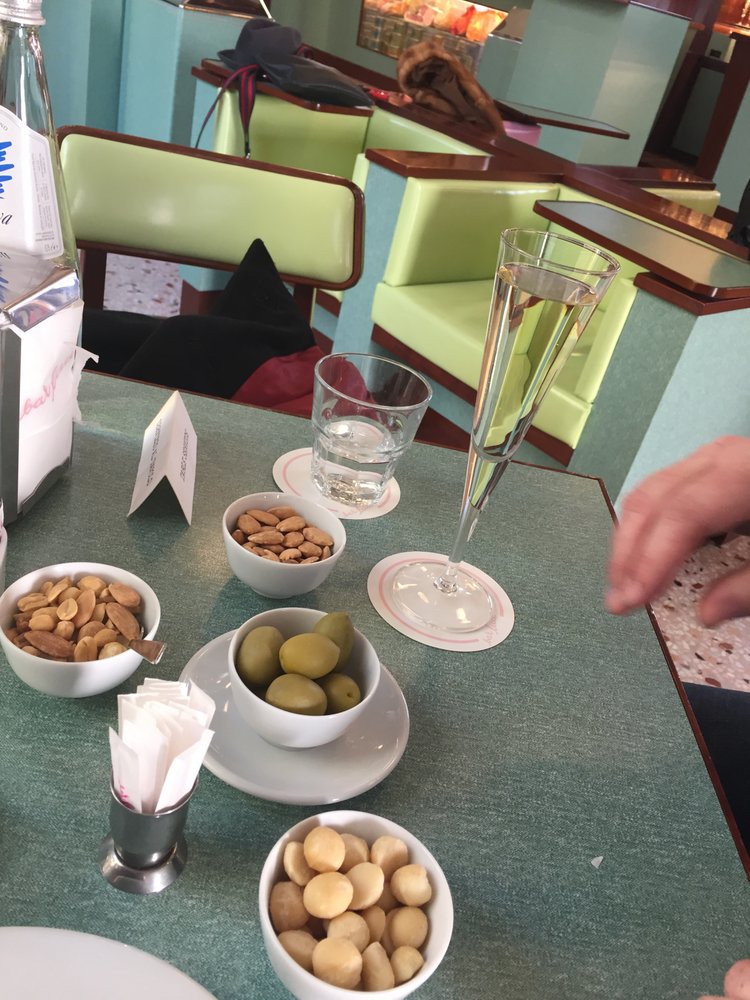 We ordered quite a few snacks since we spent the whole day at a corner table here. First up was a beautiful plate of finger foods and a huge assortment of tasty nuts and olives that came gratis with our order of two glasses of bubbly prosecco. Budget travelers, this is a great deal: order sparkling wine and you get all sorts of tasty noms at no additional charge! Even the miniature pastries looked as if they belonged in one of Wes’ movies. There was even a tiny little pig in a blanket! 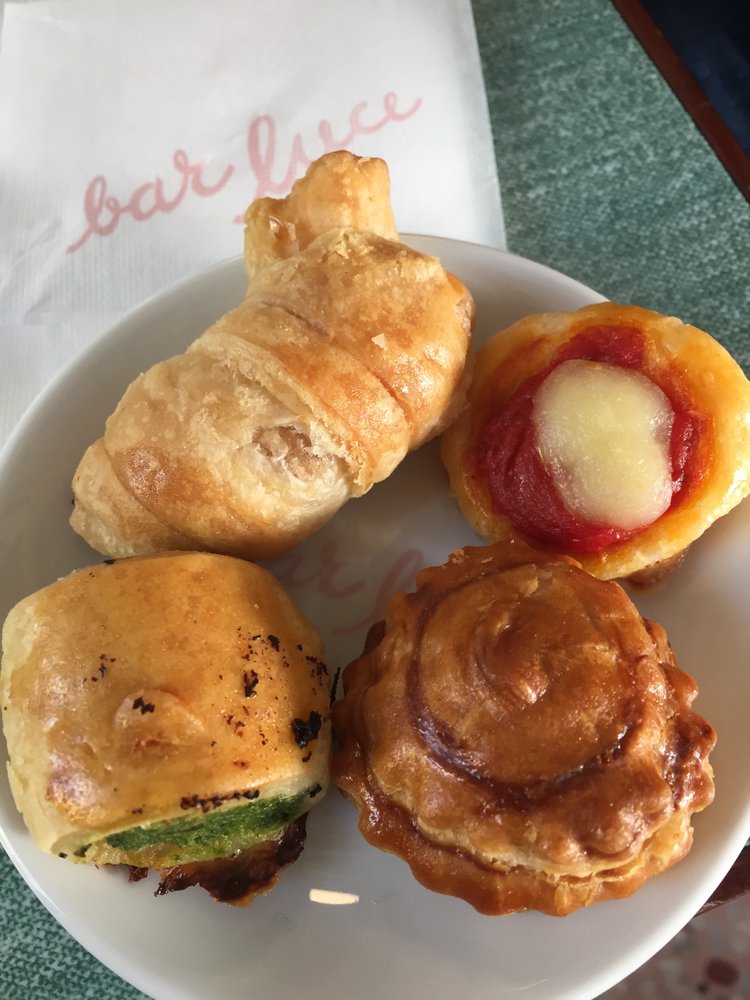 Next up was a gorgeous black torte cake (I had to order one in homage to Agatha and Mendl’s bakery from “The Grand Budapest Hotel”) with an outstanding espresso and a cappuccino. Man, Italians know their coffee and there’s no better coffee in the world than in their country, and the coffee at Bar Luce is first rate as expected. The cake was decadent, moist, rich and so chocolatey that I could only finish half. 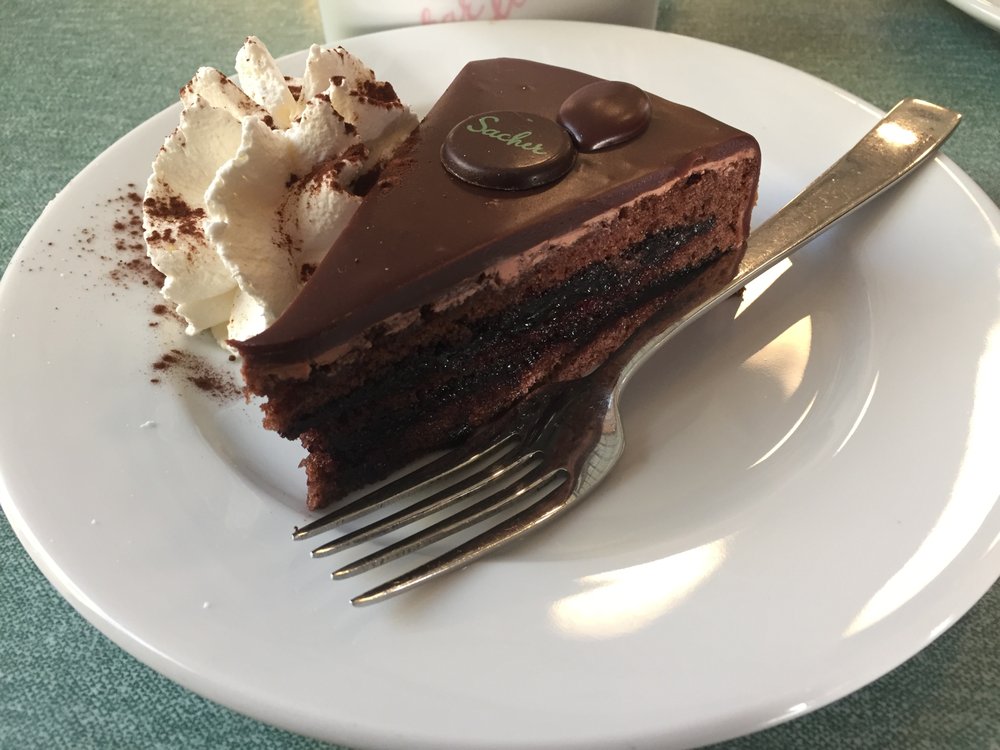 While my plane ticket to Milan was one of the best $1,400 I’ve ever spent, not everything was peachy: First, there are absolutely no items for sale with the logo of the place on it. I guess that’s maybe an “ugly American” thing to want a souvenir, but I would’ve snapped up anything with the retro Bar Luce design (totally wish they had their adorable logo espresso cups for sale, my husband offered to pay a lot for one but no dice)! The sugar packets and the thin paper napkins are the only souvenirs that you can feasibly take, but let’s get real: what the heck are you going to do with those at home? A ceramic cup or notepad or bar towel would be useful and practical. 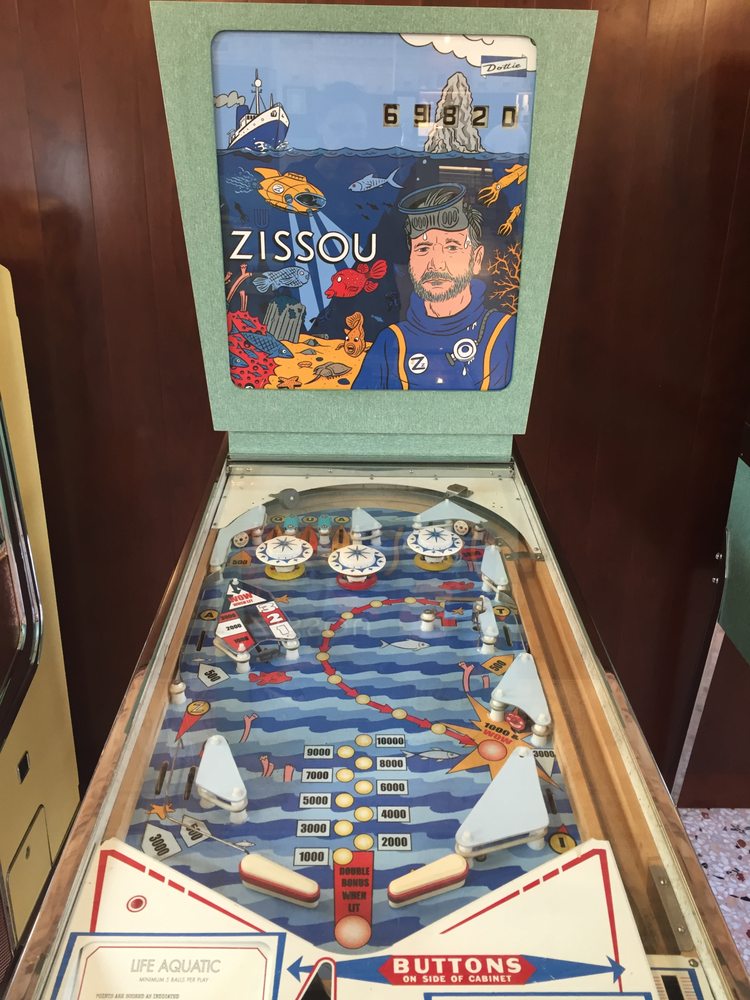 I was also SUPER bummed because the custom designed Zissou themed pinball machine only takes old Italian lire coins that you can usually get for free at the counter. Unfortunately, they were completely out of lire coins on the day I visited and since it was a Sunday, the guy who could empty out the machine’s compartment wasn’t coming by! I think they should just have the thing set for free play because this was a huge disappointment. I still posed for a photo as if I had been able to play.

Luckily the gorgeous pink (PINK!!) jukebox was in working order; I had a blast selecting oldies and watching the mechanics as the 45s tumbled and whirred before blasting epic tunes. It’s truly a work of art so don’t miss it! Also make sure you go downstairs to the restrooms and bring your camera as you’ll want a shot of the black and white hallway.

One last tip: there’s another custom pinball machine based on Anderson’s short film “Castello Cavalcanti,” a movie he made with Jason Schwartzman for the opening of the new Prada museum. Look it up on YouTube, it’s worth a watch before visiting. 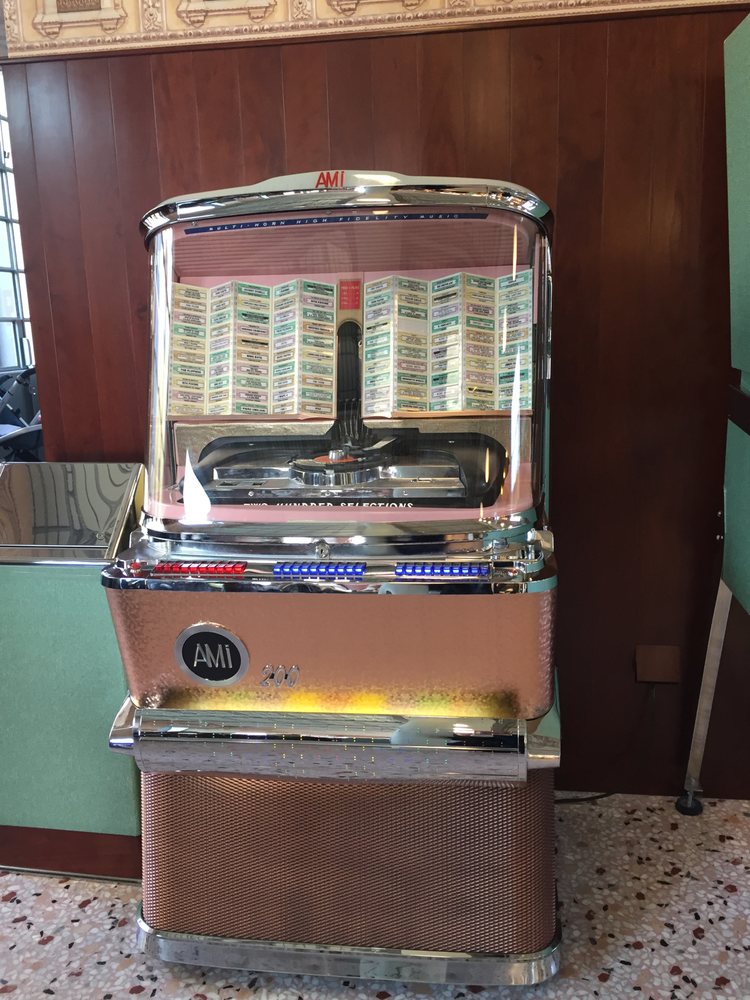 I planned only one day in Milan on this European adventure, but I spent a total of 6 hours just sitting at this cafe and I’ll admit it: I got all teary eyed when it was time to leave. I can’t wait to return! A MUST VISIT FOR ALL WES ANDERSON FANS AND MOVIE NERDS.

Note: We fully paid for our experience at this venue, it was not comped.